A Canterbury Tale is a proficient narrator of the history of Kent being entangled in World War Two. The movie was part of the general efforts in advance of the D-Day landings (06/06/44) to bring about a greater understanding of the American forces in the southern part of England. 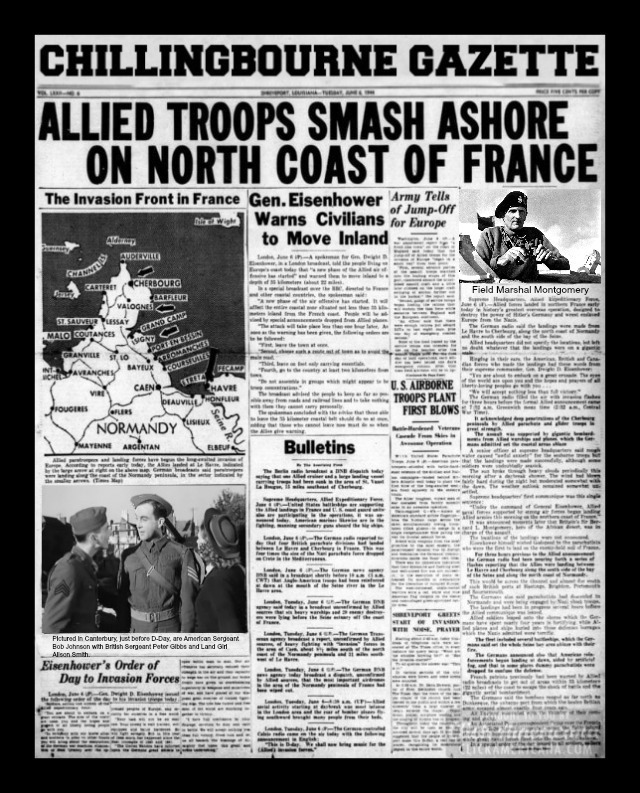 The Allied invasion of Western Europe on D-Day was code named Operation Overlord. It required two years of planning, training, and supplying by the United States and Great Britain, and was one of the most heavily guarded secrets of World War Two. On the morning of 05/06/44, United States General Dwight Eisenhower announced the start of the invasion. Within hours an armada of 3,000 landing craft, 2,500 ships, and 500 naval vessels departed British ports to cross the English Channel on their way to German controlled Normandy, France. That night 822 aircraft, carrying parachutists and gliders, deployed soldiers over landing zones in Normandy. Intended to be the vanguard of the whole operation, the parachute landings were a tremendous success. Seaborne units then began to land on the beaches early on 06/06/44. After suffering many casualties, the soldiers began to advance inland. There would be eleven more months of hard fighting in Europe, but the D-Day invasion gave the Allies the momentum they needed to finally defeat Nazi Germany. 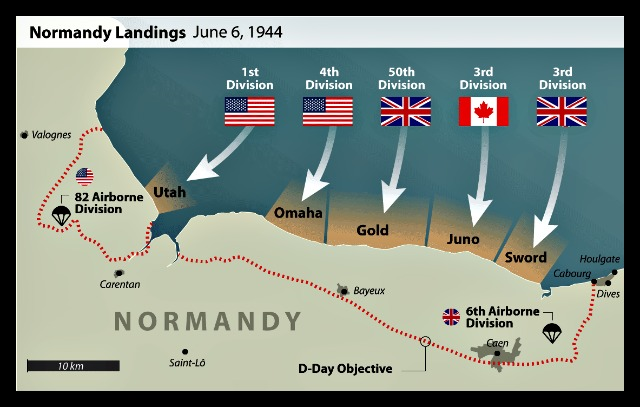 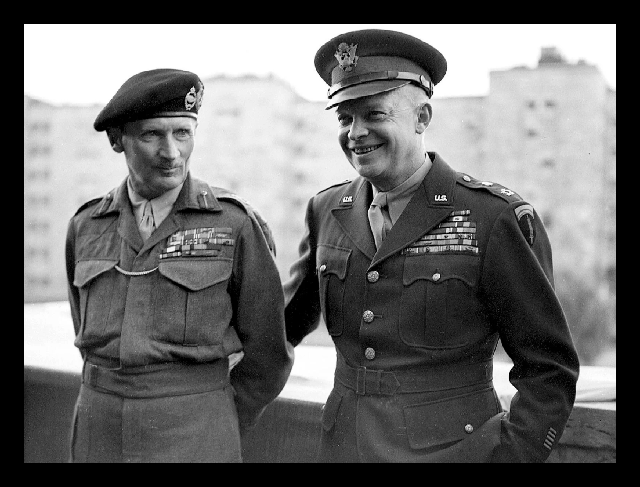 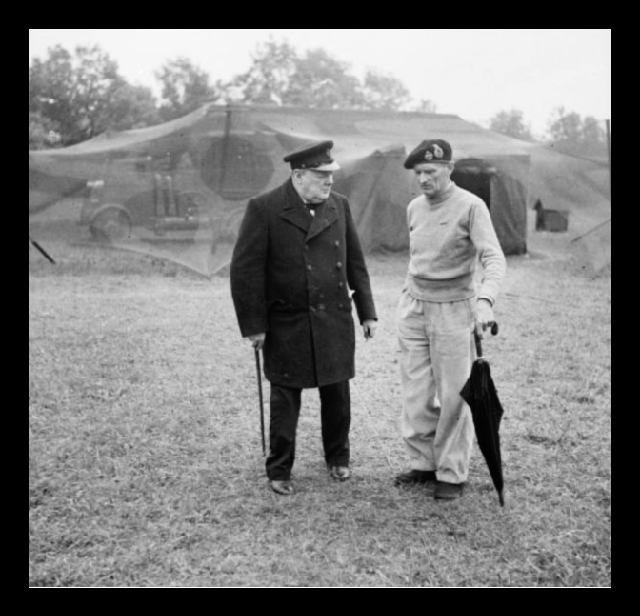 Monty penciled a "simple" battle plan for D-Day which took up no more than one piece of paper. 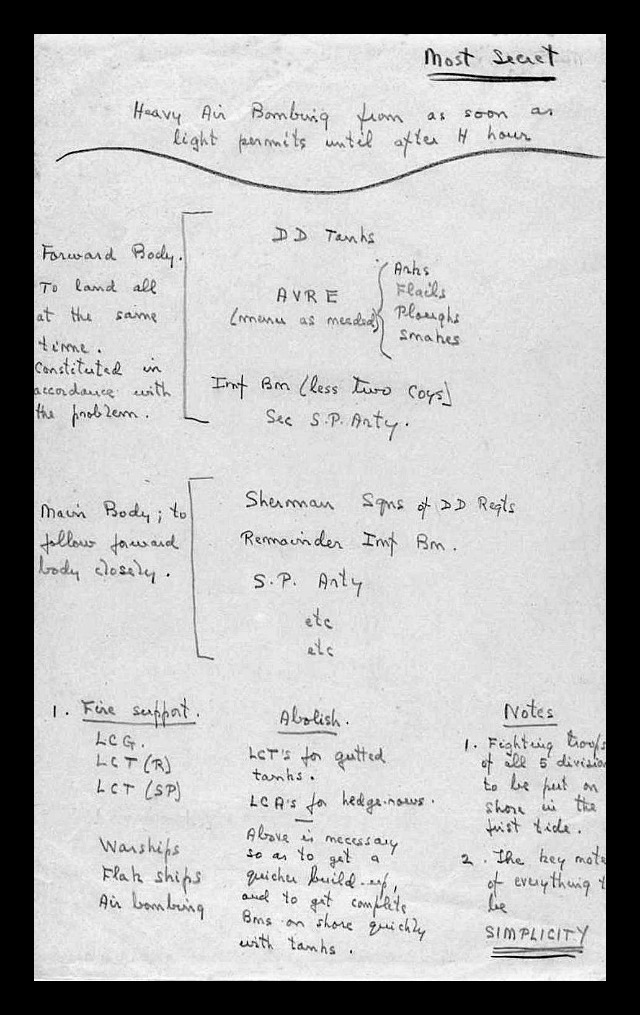 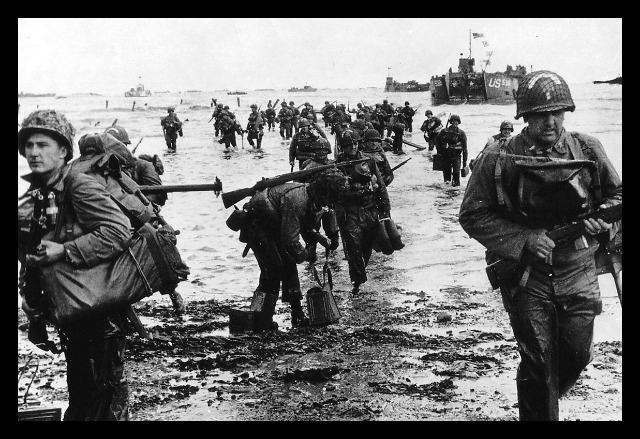 Members of an American landing party help soldiers whose boat was sunk by enemy fire off OMAHA beach. 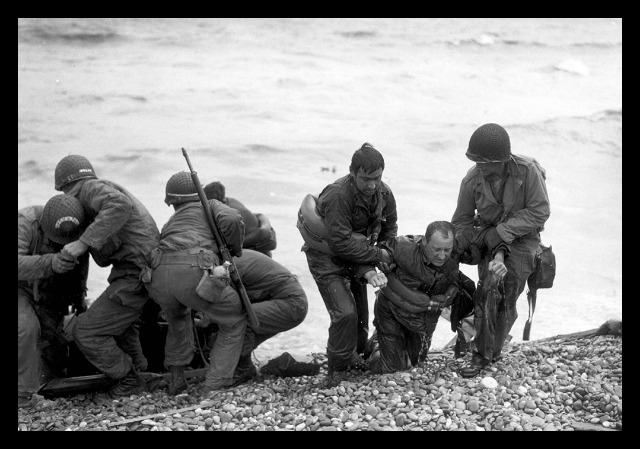 American soldiers move out over the seawall on UTAH beach after coming ashore in front of a concrete wall. 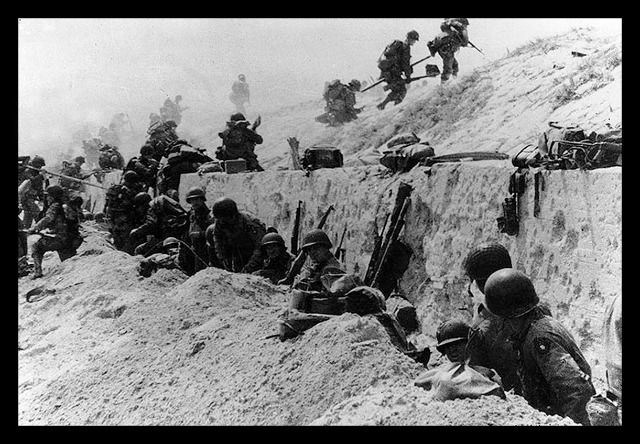 Near UTAH beach, a battle plan is prepared by American soldiers at a farm where cattle have been killed by artillery fire. 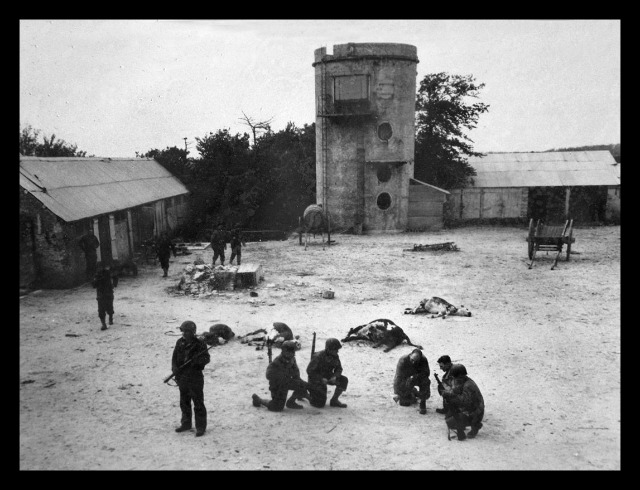 A Cromwell tank leads a British Army column after landing on GOLD beach. 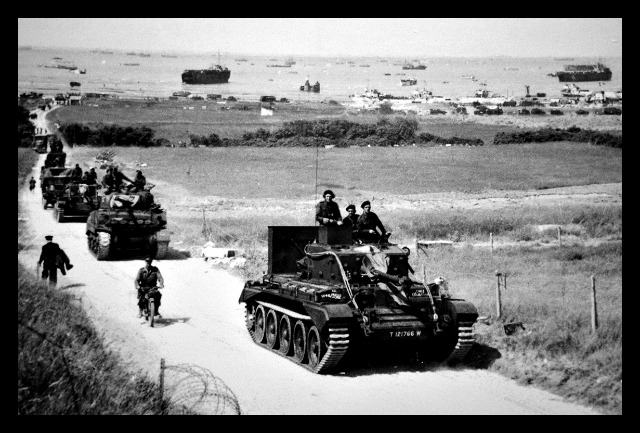 British commandos of the 1st Special Service Brigade, led by Brigadier Lovat (in the water right of his men) come ashore on SWORD beach. Sherman DD tanks of the 13th/18th Royal Hussars can be seen in the distance. 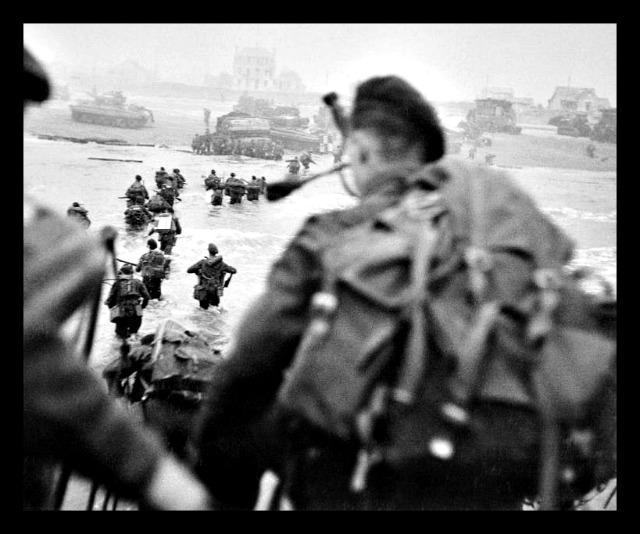 After being captured by Canadian soldiers, German prisoners march along JUNO beach to a ship taking them to England. 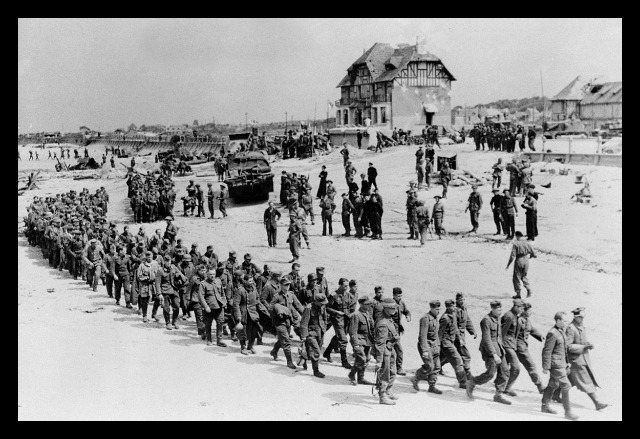