The southern part of Rose Lane was mostly undamaged during the 01/06/42 bombing raid. Philpot's Rose Lane Garage and other businesses associated with the motor trade industry plus coach building were located in the area. 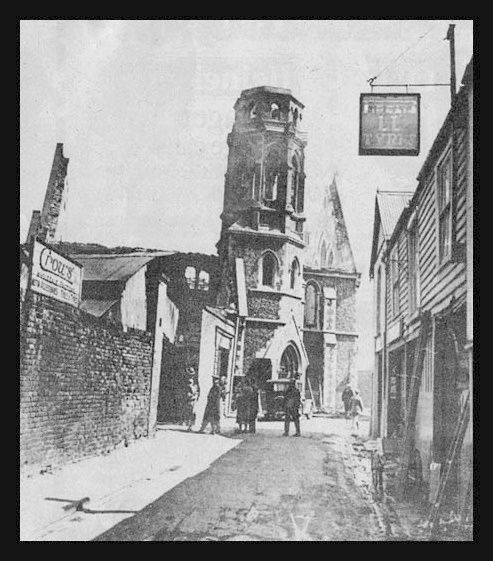 A tremendous amount of damage was done to Rose Lane Garage and other buildings during the 31/10/42 bombing raid. 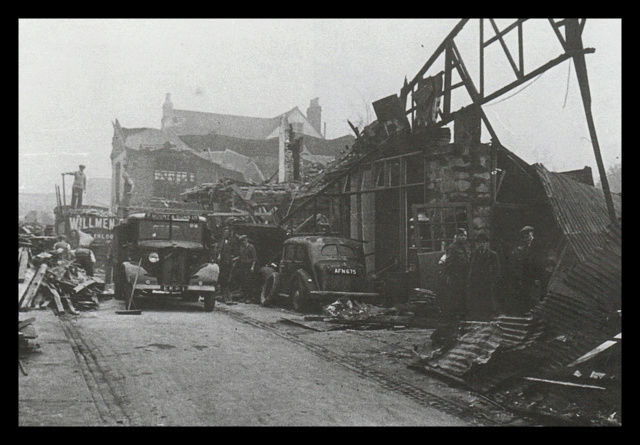 Right next to Rose Lane Garage was Marlowe Motors where Alison (Sheila Sim) meets Arthur (Parry Jones). The first BLACK arrow points to a low brick building which before being damaged by bombs had two levels. The structure was owned by Williams & Son coach builders and was used in A Canterbury Tale as the front entrance where Alison's caravan was being stored. The second BLACK arrow points to a white Regency period building on Gravel Walk. The RED arrows point to a car and a lorry which are seen again when Mr. Portal (Henry Maltby) walks to meet Alison and exits onto Rose Lane where two pedestrians are seen. However, Mr. Portal isn't shown walking through the already open front double doors, but instead he is seen inside with Alison and Colpeper. 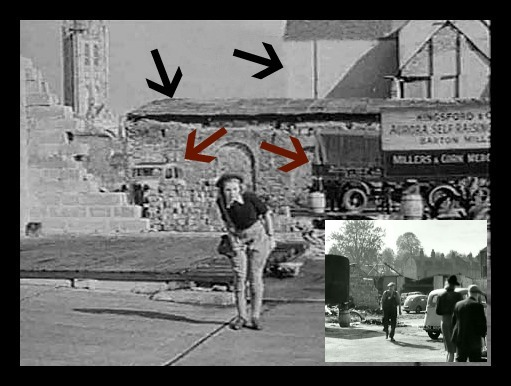 Colpeper (Eric Portman) is seen standing at the front entrance looking for Alison. 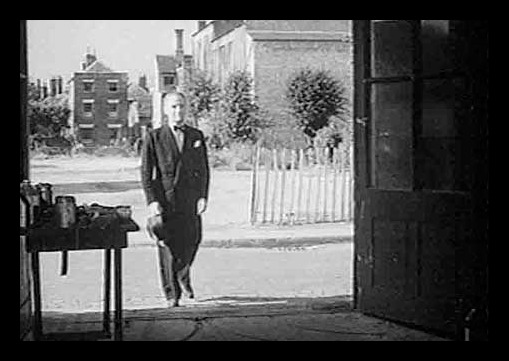 The distant building with three levels seen behind Colpeper is on the corner of Saint Margaret's Street and Hawk's Lane.

Mr. Portal tells Alison that Geoffrey's father has been trying to get in touch with her. 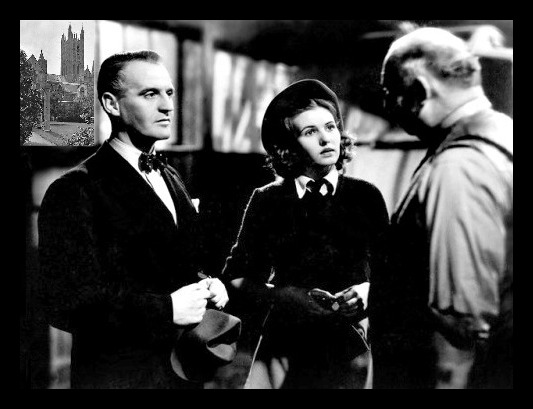 The majority of the interior scenes were filmed in Denham Studios.

This 1947 photo shows where Rose Lane Garage was located in comparison to other buildings. 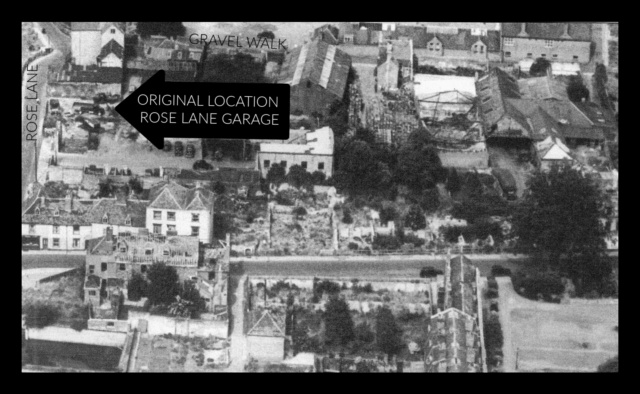 Many of the bombed firms continued trading in truncated or damaged premises supplemented with Nissen huts. Some of the "temporary structures" were used until the middle of the sixties. The empty space in the front of this photo was where the real Rose Lane Garage once stood. 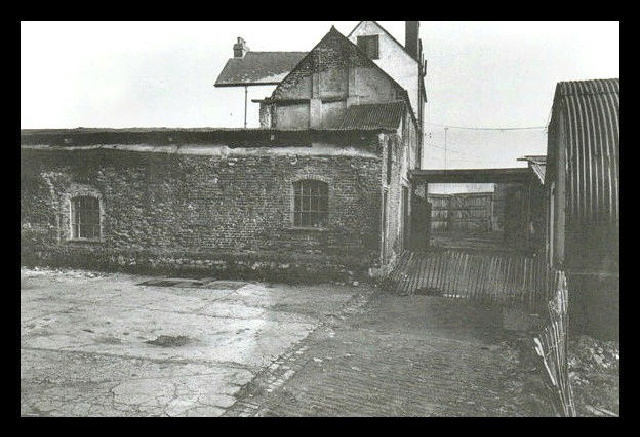 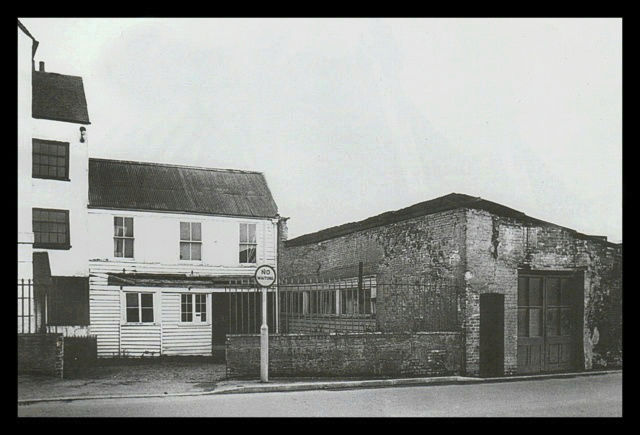 Note the distinct styling of the front double doors of Williams & Son coach builders where Colpeper was initially seen. 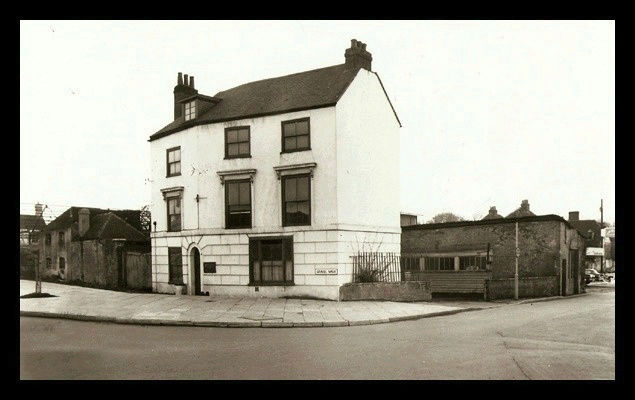 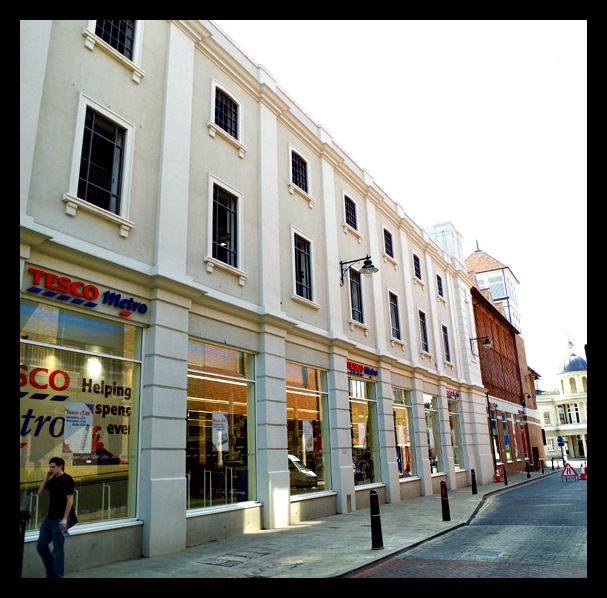 A local newspaper advertisement for a bus service from Rose Lane Garage. 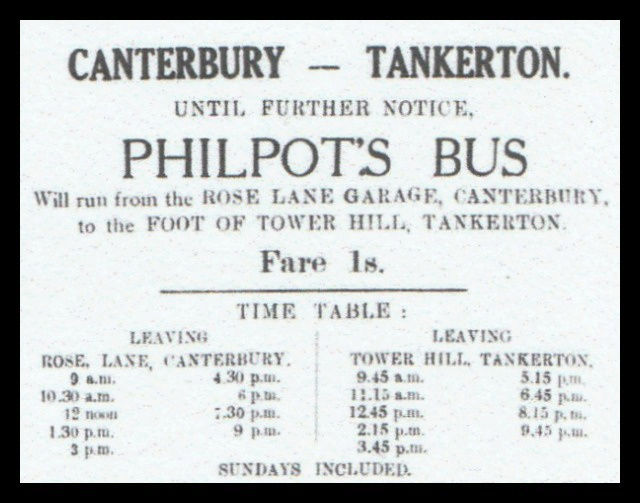