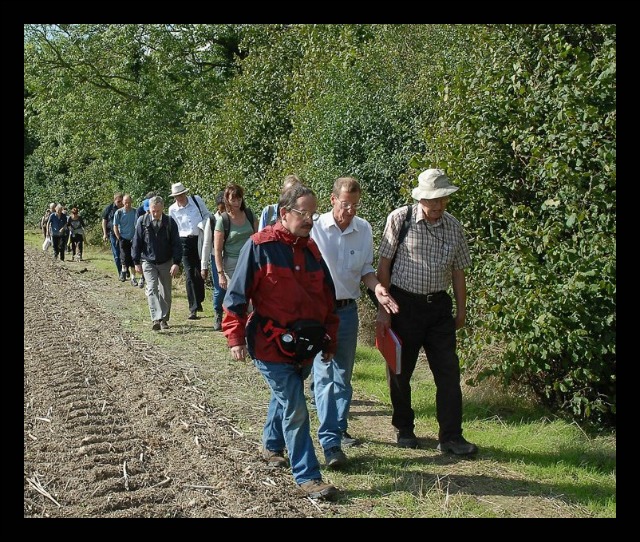 Near Chilham, on the 60th anniversary of A Canterbury Tale, the walking group is seen heading to the top of the Rye Field to one of the camera positions that was chosen for the ambush scene. The track they are following is the same one as used by the Universal Carriers as they drove away from the camera. Other Carriers were filmed driving across the field in the middle distance. The group at the bottom of the hill is at the corner of Old Wye Lane where Alison Smith was riding her farm wagon. 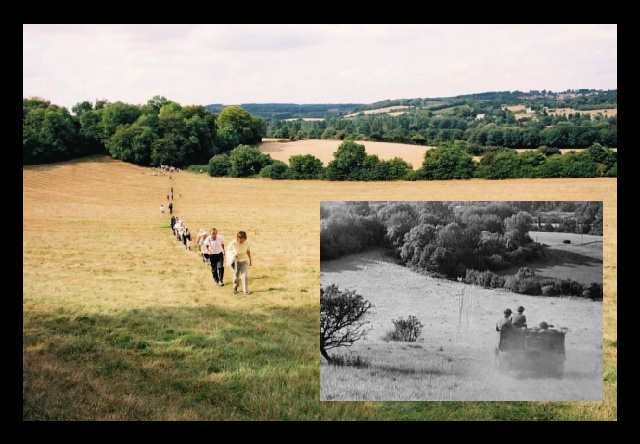